In my column last week, I mentioned that this CES was my 44th. Over the years, I have served on their advisory committees, led major supersessions and dealt with various CES leaders who have guided this show over the last 52 years.

For most of those 52 years, CES was part of the Consumer Electronics Association, an association designed to serve what was loosely called the consumer electronics industry. But in their early days, if the product had any electronics and would be of interest to a consumer, it would show up at CES. This included refrigerators, toasters, watches and just about any consumer-related technology one could imagine.

CES as a show has had real ups and downs over the years. It was the major go-to electronics show for most of the 1970s and early 1980s until Comdex hit the scene. From late 1986 until about 2001, Comdex became the leading technology show. PC’s had taken center stage in the world of electronics, and while CES still existed, its attendance began to suffer. During that period more and more people favored Comdex over CES. In those days, the PC invaded the consumer mindset as it was a PC, DVD and multimedia player, content creation tool, etc. Also, more and more consumer electronics dealers had to become PC retailers too and needed to go to Comdex to cut deals with the PC vendors during that time.

But by 2001, the PC had become more of a multi-purpose tool and less a dedicated product just for business, and consumer usage and Comdex itself lost its need to exist. That is when CES got its second wind, and it has been uphill for it ever since. A few years ago, CEA realized that the meaning of the term Consumer Electronics had changed since it was founded and they changed their name to CTA or Consumer Technology Association to reflect what is now an even broader and more important use of the term consumer electronics.

That was in full display at this year’s CES as automakers, health and fitness companies and even insurance companies were there to show off how technology is being used in most or all of their consumer applications and services. The show drew at least 180,000 people who were treated to 2.5 million square feet of exhibit space spread throughout 5 or 6 venues across town. The Las Vegas Convention Center wants to purchase property across from the LVCC area almost half way up to the Las Vegas Strip in what will be a massive expansion of parking and exhibit space over the next five years. 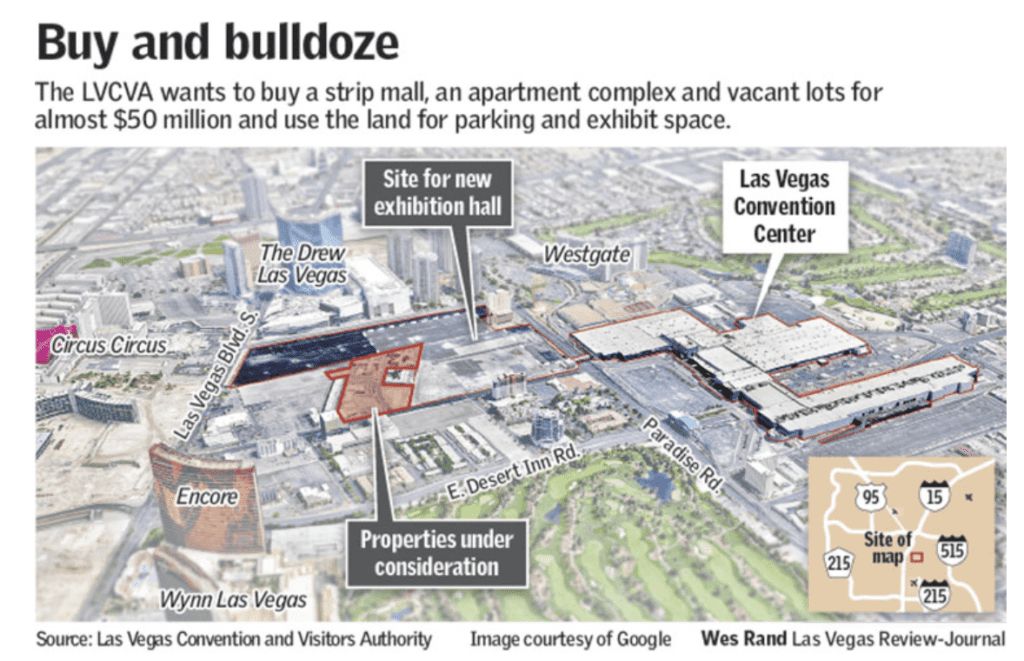 The growth of CES over the last ten years has been stunning. It is the largest trade show that comes to Las Vegas, and the 2nd largest consumer electronics show regarding attendance behind Berlin’s IFA that drew 245,000 last fall. However, CES only allows industry professionals to attend, while IFA, in the end, opens it up to anybody, so regarding actual industry attendees, CES is probably the largest consumer electronics show.

With this growth, the show in some ways has become more difficult to cover and navigate. With venues spread around town, it is virtually impossible for any individual to see everything at this show. As I stated in last week’s column, a person going to this show must spend time looking at the companies or technologies they want and need to see and then map out a plan to visit the booths that show them off.

Each year when I go to the CES, I look for at least one stand out product. In 2014 it was Oculus Rift. This year it was LG’s Rollable OLED TV. In both cases, these products were not just standout products but ones that will have a significant impact on our tech world. Oculus Rift ushered in the era of VR and more recently AR and mixed reality. LG’s Rollable TV will set the tone for the next generation of TV’s by introducing the concept of rollable and flexible displays over the next 7-10 years. It also emphasizes the point that displays are our window into a world of information and entertainment and can come in all types of shapes and sizes.

In Ben Bajarin’s ThinkTank column for our subscriber’s last Thursday, he pointed out:

“Displays will be everywhere. Not just on our pockets, in our cars, all over our homes, in mirrors, in glass in our homes and office buildings, retail, etc. We are a visual species, and the Cambrian explosion of displays has not yet happened. But what we see as a technology showcase around displays at CES is an easy way to predict what the Cambrian explosion of displays is going to look like when it happens.”

There was one other theme at this show that was striking. Over at the sands, at least 1/3d of the top floor was dedicated to health, wellness, and fitness. This is a big deal for CES and a big deal for humanity in general. Technologies represented in this area had a significant focus on keeping people healthy and helping them track their health-related issues. Omron’s blood pressure watch will be a game changer for those who deal with blood pressure issues and can now check BP anytime and anywhere. There were a plethora of fitness trackers on display, including one from SpireHealth that could be snapped into a bra or underwear or clothing in general called a HealthTag, to check respiration, heart rate, sleep duration and quality, stress and anxiety and activity levels.

The auto industry was there in a big way as they were intent in showing off their latest connected cars. Even John Deere was there showing off a smart, related tractor. And of course, just about everywhere you turned there was some type of exhibit relative to a connected home, IOT or smart this or smart that. All wrapped around an AI story even if AI was not necessarily integrated into their product itself. Talk about 5G was prominent at CES although the real news and focus on 5G will be more predominant at Mobile World Congress in Barcelona in late February.

Ben sums up what is behind CES’s staggering growth in his ThinkTank column mentioned above:

“What is critical to all of this is an innovation cycle in components, being fueled by the sheer size of the consumer electronics industry which is evident at the size CES and the truly global movement of electronics. I’ve said for many years that the tech industry best times are still ahead and every year this show gives me confidence this is true.