The future of the consumer PC needs to evolve around more than just hardware specifications. What Intel or AMD processor powers the system, and whether an NVIDIA or Radeon graphics chip is included are important details to know, but OEMs like Dell, HP, Lenovo, and Acer need to focus more on the end-point consumer experiences that define the products they ultimately hand to customers. Discrete features and capabilities are good check-box items, but in a world of homogenous design and platform selection, finding a way to differentiate your solution in a worthwhile manner is paramount.

This is a trend I have witnessed at nearly every stage of this product vertical. In the DIY PC space motherboard companies faltered when key performance features were moved from their control (like the memory controller) and on to the processor die itself. This meant that the differences between motherboards was nearly zero in terms of what a user actually felt, and in even what raw benchmarks would show. The market has evolved to a features-first mentality, focusing on visual aesthetics and add-ons like RGB lighting as much, or more, than performance and overclocking.

For the PC space, the likes of Dell, HP, and Lenovo have been fighting this battle for a number of years. There are only so many Intel processors to pick from (though things are a bit more interesting with AMD back in the running) and only so many storage solutions, etc. When all of your competition has access to the same parts list, you must innovate in ways outside what many consider to be in the wheelhouse of PCs.

Dell has picked a path for its consumer product line that attempts to focus consumers on sets of technology that can improve their video watching experience. Called “Dell Cinema”, this initiative is a company-wide direction, crossing different product lines and segments. Dell builds nearly every type of PC you can imagine, many of which can and do benefit from the tech and marketing push of Dell Cinema, including notebooks, desktop PCs, all-in-ones, and even displays.

Dell Cinema is flexible as well, meaning it can be integrated with future product releases or even expanded into the commercial space, if warranted.

The idea behind this campaign, both of marketing and technology innovation, is to build better visuals, audio, and streaming hardware that benefits the consumer as they watch TV, movies, or other streaming content. Considering the incredible market and time spent on PCs and mobile devices for streaming media, Dell’s aggressive push and emphasis here is well placed. 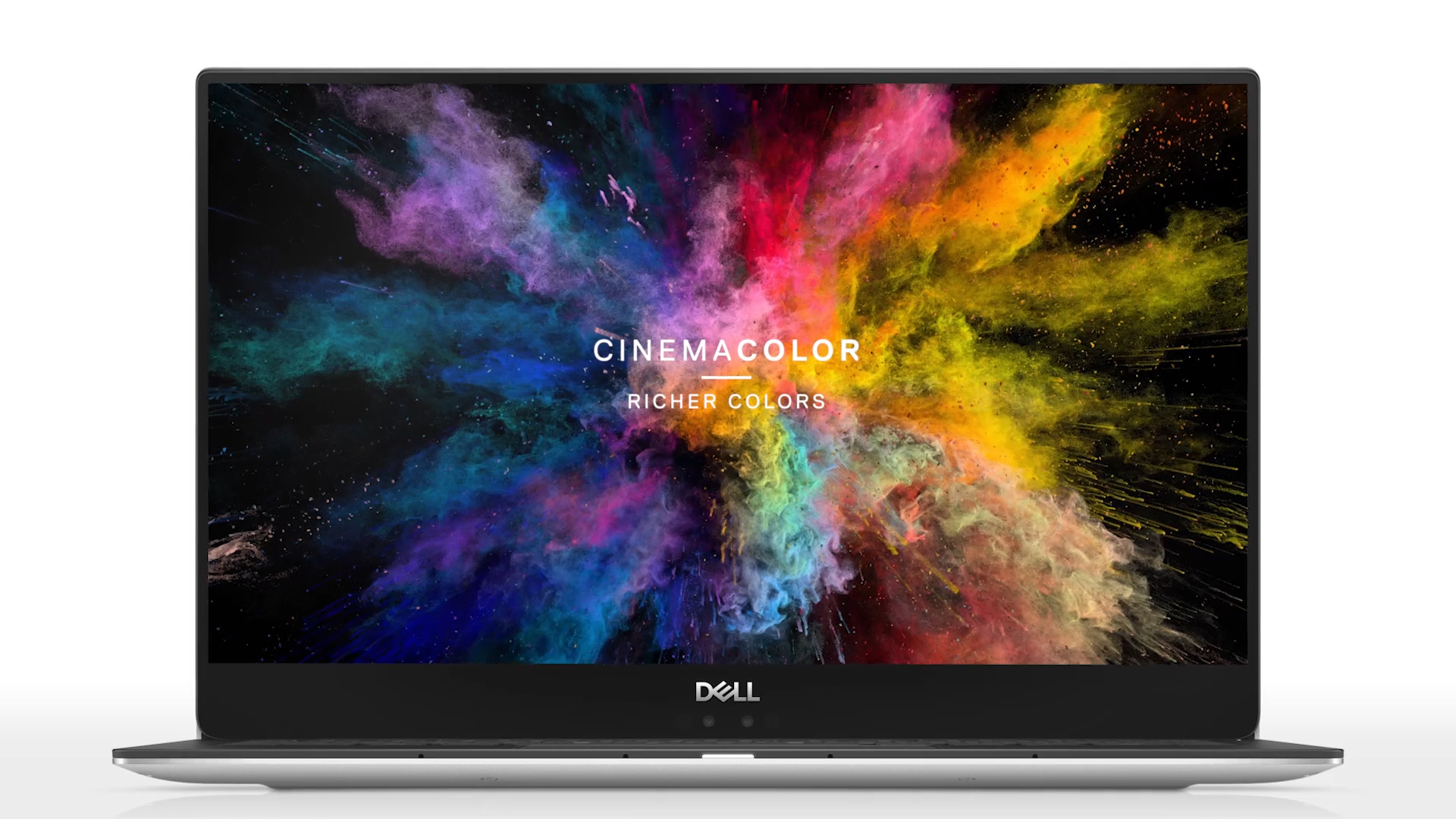 Dell Cinema consists of three categories: CinemaColor, CinemaSound, and CinemaStream. None of these have specific definitions today. With the range of hardware the technology is being implemented on, from displays to desktops to high-end XPS notebooks, there will be a variety of implementations and quality levels.

CinemaColor focuses on the display for both notebooks and discrete monitors. Here, Dell wants to enhance color quality, provide monitors with better contrast ratios, with brighter whites and darker black tones. Though Dell won’t be able to build HDR-level displays into each product, the goal is to create screens that are “optimized for HDR content.” Some of the key tenets of the CinemaColor design are 4K screen support, thinner bezels (like the company’s Infinity Edge design), and support for Windows HD Color options.

For audio lovers, Dell CinemaSound improves audio on embedded speakers (notebooks, displays) as well as connected speakers through digital and analog outputs, including headphones. Through a combination of hardware selection and in-house software, Dell says it can provide users with a more dynamic sound stage with clearer highs, enhanced bass, and higher volume levels without distortion. The audio processing comes from Dell’s MaxxAudio Pro software suite that allows for equalization control, targeting entertainment experiences like movies and TV.

The most technically interesting might be CinemaStream. Using specific hardware selected with this in mind, along with a software and driver suite tuned for streaming, this technology optimizes the resources on the PC to deliver a consistently smooth streaming video experience. Intelligent software identifies when you are streaming video content and then prioritizes that on the network stack as well as in hardware utilization. This equates to less buffering and stuttering in content and potentially better resolution playback with more available bandwidth to the streaming application.

These three features combine for Dell Cinema. Though other OEMs and even component vendors have programs in place to tout capabilities like this for displays or sound, only Dell has succeeded in creating a singular, and easily communicated brand around them.

Though it was seemingly impossible in its first roll out, I would like to see Dell better communicate details of the technology behind Dell Cinema. Or better yet, let’s place specific lines in the sand for them: CinemaColor means any display (notebook or monitor) will have a certain color depth rating or above, or a certain HDR capability or above, etc. Same for audio and streaming – Dell should look to make these initiatives more concrete. This would provide more confidence to consumers that no longer have to worry about nebulous language.

While great in both theory and in first-wave implementations, something like Dell Cinema can’t be a one-trick-pony for the company. Dell needs to show iteration and plans for future improvement for it, not only for Dell Cinema to be taken seriously, but for any other similar program that might develop in the future. Trust is a critical component of marketing and technology initiatives like this one, and consumers are quick to shun any product or company that abandons them.