This week marks the release of the new series of GeForce RTX graphics cards that bring the NVIDIA Turing architecture to gamers around the globe. I spent some time a few weeks back going over the technological innovations that the Turing GPU offered and how it might change the direction of gaming, and that is worth summarizing again.

At its heart, Turing and GeForce RTX include upgrades to the core functional units of the GPU. Based on a very similar structure to previous generations, Turing will improve performance in traditional and current gaming titles with core tweaks, memory adjustments, and more. Expect something on the order of 1.5x or so. We’ll have more details on that later in September.

The biggest news is the inclusion of dedicated processing units for ray tracing and artificial intelligence. Much like the Volta GPUs that are being utilized in the data center for deep learning applications, Turing includes Tensor Cores that accelerate matrix math functions necessary for deep learning models. New RT cores, a first for NVIDIA in any market, are responsible for improving performance of traversing ray structures to allow real-time ray tracing an order of magnitude faster than current cards.

Reviews of the new GeForce RTX 2080 and GeForce RTX 2080 Ti hit yesterday and the excitement about them is a bit more tepid than we might have expected after a two-year hiatus from flagship gaming card launches. I’d encourage you to check out the write ups from PC Perspective, Gamers Nexus, and Digital Foundry.

The RTX 2080 is indeed in a tough spot, with performance matching that of a GTX 1080 Ti but with a higher price tag. NVIDIA leaned heavily into the benefit of Turing over Pascal in regards to HDR performance in games (using those data points in its own external comparison graphics), but the number of consumers that have or will adopt HDR displays in the next 12 months is low. 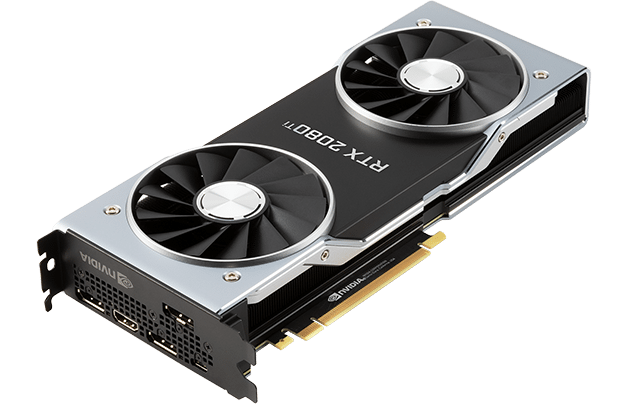 The RTX 2080 Ti is clearly the new leader in graphics and gaming performance but it comes with a rising price tag as well. At $1199 for the NVIDIA-built Founders Edition of the card (third party vendors will be selling their own designs still), the RTX 2080 Ti now sells for the same amount as the Titan Xp and $400 more than the GTX 1080 Ti launched at. The cost of high-end gaming is going up, that much is clear.

I do believe that the promise of RTX-features like ray tracing and DLSS (deep learning super sampling) will be a shift in the gaming market. Developers and creative designers have been asking for ray tracing for decades and I have little doubt that they are eager to implement it. And AI is taking over anything and everything in the technology field and gaming will be no different: DLSS is just the first instance of AI-integration for games. It is likely we will find use for AI in games for rendering, animation, non-player character interactions, and more.

But whether or not that “future of gaming” pans out in the next 12-18 months is a question I can’t really answer. NVIDIA is saying, and hoping, that it will, as it gives the GPU giant a huge uplift in performance on RTX-series cards and a competitive advantage over anything in the Radeon line from AMD. But even with a substantial “upcoming support” games list that includes popular titles like Battlefield V, Shadow of the Tomb Raider, and Final Fantasy XV, those of us on the outside looking in can’t be sure and are being asked to bet with our wallets. NVIDIA will need to do more, and push its partners to do more, to prove to us that the RTX 20-series will see a benefit from this new technology sooner rather than later.

When will AMD and Radeon step up to put pressure and add balance back into the market? Early 2019 may be our best bet but the roadmaps from the graphics division there have been sparse since the departure of Raja Koduri. We know AMD is planning to release a 7nm Vega derivative for the AI and enterprise compute markets later this year, but nothing has been solidified for the gaming segment just yet.

In truth, this launch is a result of years of investment in new graphics technologies from NVIDIA. Not just in new features and capabilities but in leadership performance. The GeForce line has been dominating the high-end of the gaming market for at least a couple generations and the price changes you see here are possible due to that competitive landscape. NVIDIA CAN charge more because its cards are BETTER. How much better and how much that’s worth is a debate the community will have for a long time. Much as the consumer market feigns concern over rising ASPs on smartphones like the Apple iPhone and Samsung Galaxy yet still continues to buy in record numbers, NVIDIA is betting that the same is true for flagship-level PC gaming enthusiasts.