Today marks an important day for AMD. With the launch of the Ryzen 2000-series of processors for consumer DIY enthusiasts, gamers, and OEM partners, AMD is showing that not only did it get back into the race with Intel, but that it also is confident enough in its capability and roadmap to start on the journey of an annual cadence of releases.

The Ryzen 2000-series is not the revolutionary step forward that we saw with the first release of Ryzen. Before last year, AMD was seemingly miles behind the technology that Intel provided to the gaming markets, and the sales results showcased that. Not since the release of Athlon had AMD proved it could be competitive with the blue-chip-giant that built dominating technology under the Core-family brands.

While the first release of Ryzen saw insane IPC improvements (instructions per clock, one of the key measurements of peak CPU performance) that were 50% over the previous architectural design, Ryzen 2000 offers a more modest 3-4% uplift in IPC. That’s obviously not going to light the world on fire, but is comparable to the generation-to-generation jumps we have seen from Intel over the last several years.

AMD does have us looking forward to the “Zen 2” designs that will ship (presumably) in this period next year. With it comes a much more heavily revised design that could close remaining gaps with Intel’s consumer CPU division.

The Ryzen 2000-series of parts do have some interesting changes that stand out from the first release. These are built on a more advanced 12nm process technology from GlobalFoundries, down from the 14nm tech used on the 1000-series. This allows the processors to hit higher frequencies (+300 MHz) without drastic jumps in power consumption. Fabs like GF are proving that they can keep up with Intel in the manufacturing field, and that gives AMD more capability than we might have previously predicted. 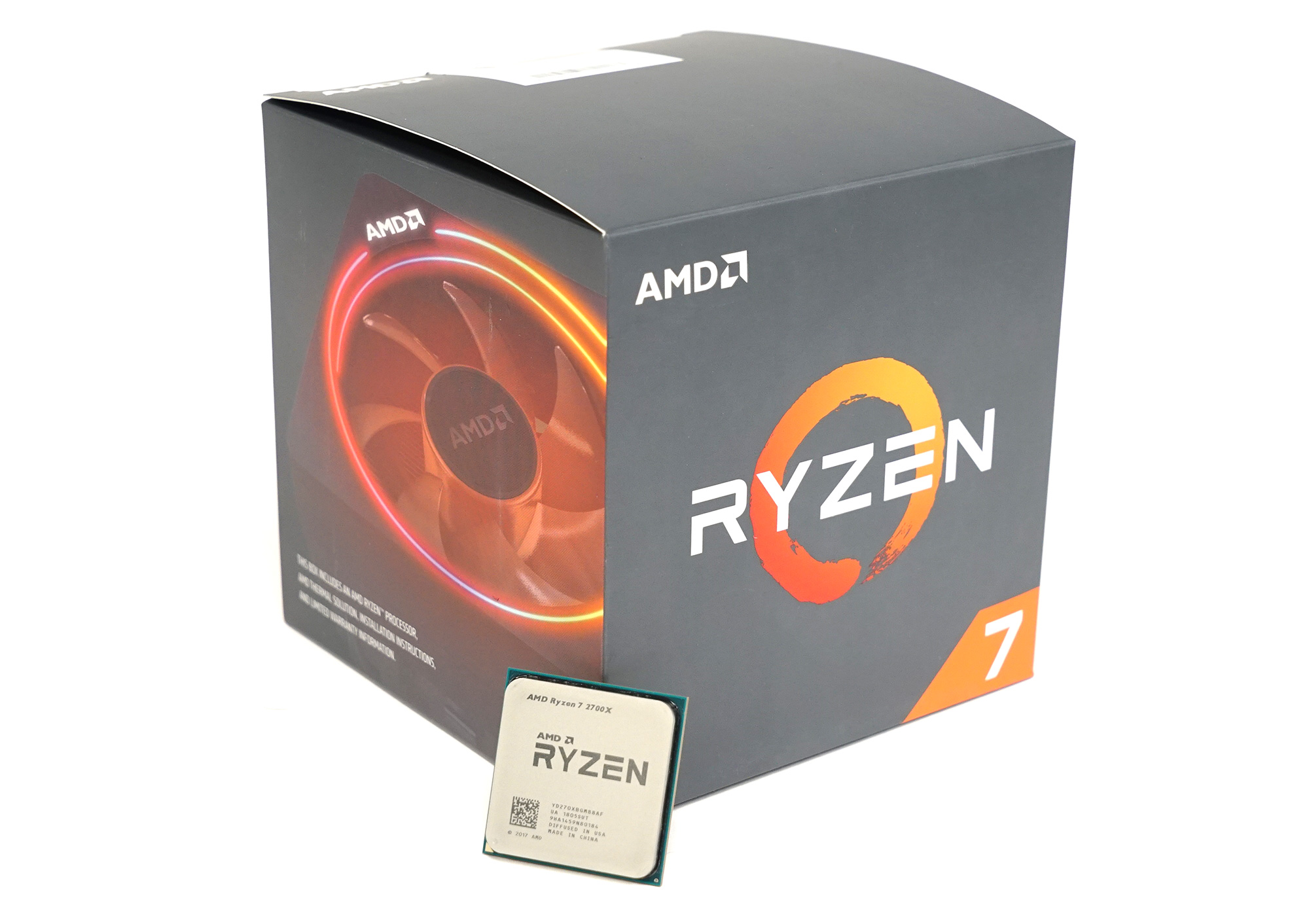 AMD tweaked the memory and cache systems considerably in this chip revision, with claims of dropping the latencies of cache 13-34% depending on the level. Even primary DRAM latency drops by 11% based on the company’s measurements. Latency was a sticking point for AMD’s first Ryzen release as its unique architecture design meant that some segment of cores could only talk to the other segment over an inter-chip bus called Infinity Fabric. This slowed data transfer and communication between those cores and it impacted specific workloads, like lower resolution gaming. Improvements in cache latency should alleviate this to some degree.

The company took lessons learned in the first generation with a feature called Precision Boost and improved it with the 2000-series. Meant to give additional clock speed to cores when the workload is only utilizing a subset of available resources, the first iteration used a very rigid design, improving performance for few scenarios. The new implementation creates a gradual curve of clock speed headroom and core utilization, meaning that more applications that don’t fully utilize the CPU will be able to run at higher clocks based on the available thermal and electrical capabilities of the chip.

There are other changes with this launch as well that give it an edge over the previous release. AMD is including a high quality CPU air cooler in the box with all of its retail processors, something that Intel hasn’t done in a few generations. This saves consumers money and lessens the chances of not having a compatible cooler when getting all the new hardware home. StoreMI is a unique storage solution that uses tier-caching to combine the performance of an SSD with the capacity of hard drive, essentially getting the best from both worlds. It supports a much larger SSD for caching than Intel’s consumer offerings and claims to be high-performance and low-effort to setup and operate.

AMD saw significant success with the Ryzen processor launch last year and was able to grab a sizeable jump in global market share because of it. In some retailers and online sales outlets in 2017 AMD had as much as 50% share for PC builders, gamers, and enthusiasts. AMD will need many consecutive iterations of successful product launches to put a long-term dent in the Intel lead in the space, but the Ryzen 2000-series shows that AMD is capable of keeping pace.