Part 4: When Should Apple Introduce Its Innovations?

This is part 4 of 7 in a series of articles that explores Innovation at Apple.

When Should Apple Introduce It’s Innovations?

“When” is not about when one should innovate. One should always be innovating.

You always have to keep pushing to innovate. ~ Steve Jobs

“When” is about the proper time to introduce one’s innovations to the world.

The critics want Apple to publish — just as Facebook does — a 10 year roadmap.

It’s my view…that with investors concerned that the company has hit an innovation wall…that a succinct product vision from the company, looking out a decade might very well excite investors. ~ By Dan, $AAPL – Or do you want to come with me and change the world?, April 27, 2016

If I am to become an Apple investor during this cyclical downturn, I’ll first want to have a better idea for their long term vision. ~ Dan Nathan, Bloomberg

Well get used to disappointment, ’cause a product roadmap ain’t going to happen.

Roadmaps work well for some companies, especially those companies that work hand in hand with partners. The roadmaps of Microsoft and Intel worked great because they allowed the two companies to coordinate their efforts and work toward a common goal. But why would Apple ever want to publish a roadmap?

For example, Apple was working on the iPhone for years and years and years before they released it in 2007. Imagine if they had laid out their plans for the iPhone in a roadmap published in 2003, or 2004, or 2005, or 2006. Who would that have benefited?

Critics think it would be just peachy-keen if Apple were to become less secretive, more open, and pre-announce more of their upcoming products in the same way that, say, Google does. They seem to conflate “pre-announcing” with “innovating”. In their warped world, announcing a product is virtually the same as shipping it.

And this is nothing new. Apple has been getting this same bad advice since forever. Below is a critic’s take (via Neil Cybart) written in 2001 that would look right at home if had been written in yesterday.

Apple does not need to guess what would happen if they started to pre-announce their products. They’ve already been there and done that. And it weren’t pretty.

I (Brian Maggi) started with Apple in 1992 on the Newton, which was a quasi top-secret project. Then Sculley did a demo at CES [the Consumer Electronics Show] with the Newton tethered to a IIfx, which was this monster Mac the size of a suitcase. That was the way Apple would do things. Be kind of secret, but the minute they got something working, barely working, they showed it to everybody. Then for two years you’d listen to people ask about where it is. ~ Brian Maggi, senior marketing manager for Apple (now a user-experience consultant) ((Excerpt From: Max Chafkin. “Design Crazy.” iBooks. https://itunes.apple.com/WebObjects/MZStore.woa/wa/viewBook?id=697961602)) Everything at Google IO so far: Here is our answer to a rival’s product. Ours is way better. It will be out later this year. ~ Farhad Manjoo on Twitter

Google had a very good, very focused I/O this year. I was impressed. And pre-announcing sorta, kinda works for them. But pre-announcing most definitely does NOT work for most other companies and it wouldn’t suit Apple at all. Each to their own. Let Google be Google and let Apple be Apple.

Most company’s pursue innovation with such breathless haste that they hurry past it.

In addition to wanting Apple to announce products before they are finished, the critics — who have the patience of a lightening bolt — insist that Apple introduce the next big thing now, Now, NOW, before its too late.

Actually, that statement is not an entirely fair depiction of the critics’ position. Many of them don’t think Apple needs to introduce the next big thing now if Apple is to survive…

…they think it’s already too late. Apple is already no more than a walking corpse.

Two years ago, we warned that Apple was like a decapitated brain unaware that its body had died, but now the signs of rigor mortis are setting in and it is getting harder to deny. ~ “The decline of the Apple Cult comes to pass”, Nick Farrell, TechEye,

Google glasses may look and seem absurd now but (Brian) Sozzi says they are “a product that is going to set the stage for many other interesting products.” For the moment, at least, the same cannot be said of iPhones or iPads.” ~ Jeff Macke, Yahoo! Breakout, 27 February 2013 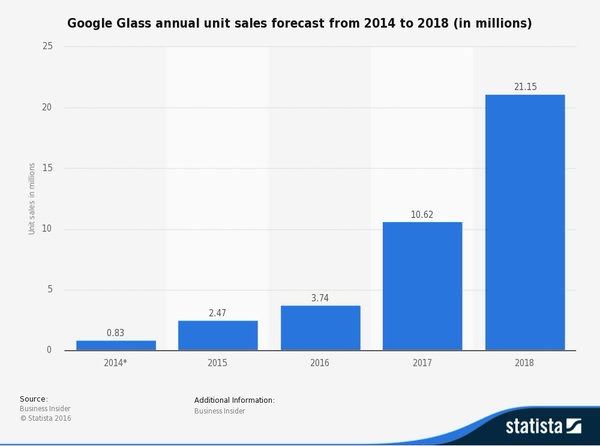 Google has killed off so many projects — many of which were touted as “Apple killers” — that there is an entire website — the aptly named, “Google’s Graveyard” — devoted to tracking their demise. Google is living proof that premature product introductions — far from being a guarantor of success, are far more often a harbinger of disaster.

It is not the going out of port, but the coming in, that determines the success of a voyage. ~ Henry Ward Beecher

Apple’s critics want roadmaps, pre-announcements and premature product introductions. They insist that if Apple doesn’t start doing these things — and start doing them now — Apple is doomed, at worst, or destined to stagnate, wither, and fade away, at best.

What Apple’s critics stubbornly fail, or refuse, to acknowledge — even though the evidence before them is overwhelming — is that it’s not first that matters, it’s first to get it right.

The critics want Apple to invent the next big thing. But Apple doesn’t invent. They never have invented. They reinvent.

Japan’s [tech companies are] very interesting. Some people think it copies things. I don’t think that anymore. I think what they do is reinvent things. They will get something that’s already been invented and study it until they thoroughly understand it. In some cases, they understand it better than the original inventor [emphasis added]. ~ Steve Jobs

In his article entitled: “Has Apple become a follower?“, Charles Arthur beautifully sums up the flaw in the contention that “Apple is late to market’:

Apple could be accused of being a follower: out of ideas, late to the market. But time and again it has shown that its attention to usability can win over customers.

Don’t write Apple off yet: it follows from the front [emphasis added]. ~ Charles Arthur

I would do regular visits a couple of times a year with all of our suppliers. We’d go through an in-depth review of all the products they were doing and see how they fit into our product road map. We went into Toshiba, and at the end of the meeting they showed us the 1.8-inch hard drive. They didn’t know what to do with it. I said, “We’ll take all you can make.” I went to Steve and I said, “Hey, I’m gonna need about ten million bucks.” ~ Jon Rubinstein

The iPod was a weaving together of many separate things but without the tiny 1.8 inch hard drive — which had never before existed — the iPod would not have been possible.

It seems to take a very unique combination of technology, talent, business and marketing and luck to make significant change in our industry. It hasn’t happened that often. ~ Steve Jobs

It takes a confluence of events — and a lotta luck — to create a groundbreaking product. You could have given Steve Jobs the schematics for the Macintosh, the iPod and the iPhone in 1976 and he couldn’t have built them. The technology — and the underlying infrastructure necessary to support that technology — simply didn’t exist.

There is a time for everything,
and a season for every activity under the heavens.
~ Ecclesiastes 3

Asking a company to create the next breakthrough product before the infrastructure is in place, is like asking a baseball player to hit a grand slam when there are no men on base.

Asking a company to introduce technology before the supporting technology is available is like asking a surfer to ride a wave that has not yet arrived.

Asking a company to produce a product before it’s time is like asking crops to mature before the harvest.

Asking a company to remove a product from the laboratory and introduce it to the market before its done is like asking a master chef to take a soufflé out of the oven before it is fully baked. It’s going to fall flat.

When it came to introducing products, Steve Jobs had incredible patience. And now Tim Cook is being criticized for not being enough like Steve Jobs because he is displaying the very same patience that Steve Jobs did.

Patience is necessary, and one cannot reap immediately where one has sown. ~ Soren Kierkegaard

Patience is bitter, but its fruit is sweet. ~ Jean Jacques Rousseau

With time and patience the mulberry leaf becomes a silk gown. ~ Chinese Proverb

When it comes to the “when” of product introductions, Apple (usually) waits until the time is right. So far, it’s been well worth the wait.

Author’s note: By a happy coincidence, Tim Bajarin also published an article on Innovation today. Highly recommended. You can find it here.