The Electronic Car: Today and Tomorrow 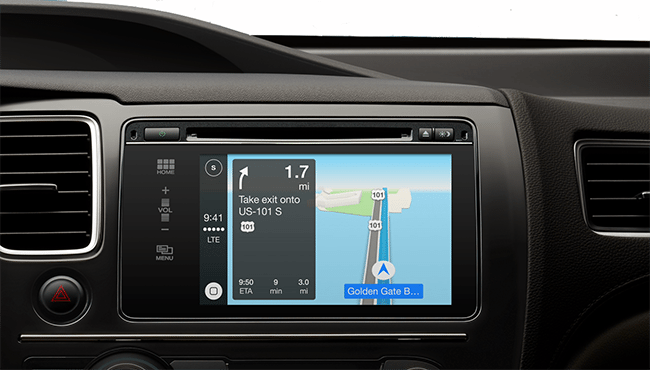 What is an electronic car?

To some, it’s the model of the future, the complete electrical car with the Tesla as the winner. For some, it is a car with improved electronic entertainment and information systems. Another view is that, while petroleum may power most engines, nearly everything in the car, from fuel injection to tire pressure, is monitored and controlled by dozens of computerized electronic systems.

The day of dominant electric powered cars will come but it will take years before prices fall and the availability of battery charging sites rise enough to dominate the market. And despite speculation, it seems unlikely Apple or Google will become major players in the field. For now, this is an important but fairly small piece of the car market and one where no one has figured out how to earn money.

Information and entertainment is a much hotter area. The field consists of two different systems. Microsoft tried to get away with its plan to combine both the control of the gear in the car–audio, maps and routing, displays, and all the gear–and the system that receives and plays locally stored and wireless content. After years of struggling effort, with Sync as the most recent version, Ford has dropped Sync and Microsoft has largely left the field. Instead, the two sections have been split.

Where QNX  came from. QNX, a service based on a real time operating system, appears to be the leader. Oddly enough, QNX is a unit of BlackBerry, which had bought it as the source of an operating system for its new, and unsuccessful, family of smartphones. Support of auto systems came along with the deal and may now be one of the few sources of profit for BlackBerry (the company’s statements do not include details). This system is critical yet effectively invisible to users. The system controls the entertainment and communication equipment built into the car including amplifier and speakers for music and voice, microphones, and a dashboard display.

The stuff that shows up in the car is getting the attention. Both Apple and Google are moving aggressively with Apple CarPlay and Android Auto with deals with car makers. These approaches, which are more than a little similar to each other, consist of an app installed on a relatively recent Android phone or iPhone ((Apple CarPlay supports all phones since the iPhone 5. Android has not yet specified which phones will comply with Auto.)) and assume support, such as QNX, built into the car.

The phone links to the car system with Bluetooth and can be controlled by voice, touch of dashboard screen, or built-in knobs and buttons. Content includes music–either on the phone or available through services–maps and navigation, phone calls, and messages. At this point, they do not support video; this will probably come eventually for rear seat video, but they are going to need guaranteed safety.

Fast growing service. The vehicle systems are appearing now and will become standard in cars. Both Apple CarPlay and Android Auto have arrangements for support from most U.S., European, Japanese, and Korean companies. Each has a list of about 30 companies with relatively few differences, the major one being both Mercedes-Benz and BMW support Apple but not Android.

Of course, Apple CarPlay and Google Auto will only work on new cars. But there is a way to add the function to existing cars. Pioneer’s high-end, display-equipped systems will support Apple and Google. Similar systems from Alpine support CarPlay, though Android support is probably coming. The many, many systems in a car are a complex story for the future. The drawing from the Clemson University Vehicular Electronics Lab shows more than 50 units, many including a computer of some sort. Some, such as airbag deployments and windshield washer controls, are independent. Others, such as automatic and antilock braking, have to work together though they may not be connected.

The long term game is for all of those car components to become part of a network of an Internet of Things. With IoT, the devices will be able to communicate with each other and control each other as allowed. They will be able to send information to both internal car controls and also to sensors and control centers outside the car. But this is a very complex job, both technical and legal, for this system and it will take years to be completed. Gartner, for example, projects that 250 million cars will include some IoT components by 2020, probably a reasonable estimate.

I suspect this is a computer industry that computer and software companies are unlikely to dominate. Apple and Google may be interested, but it is a very tough business for them–and one the auto makers will not want to see them run. I suspect most of the moves will be made by car makers themselves, in cooperation with technologists like Intel and Texas Instruments and auto specialists such as Siemens and Bosch.