The Pen(cil) is Mightier Than the Mouse

Apple is touting the newest iPad Pro models as the biggest change that has come to iPad since the original device launched. For Apple, iPad has always been their clearest vision of a large screen computing device. Like all of Apple’s products, iPad has an industry-leading customer satisfaction rating, and nearly all consumers of all ages love their iPad. Where iPad has succeeded in consumer sentiment and satisfaction, it has still not fully met its full potential as the perfect large screen computer for the masses.

Fascinatingly, in poll after poll I’ve seen in both our own consumer research and other sources, many consumers indicate they would gladly make the iPad their primary large screen computer, ditching their legacy PC or Mac, if they believed they could. While we can debate whether this perception is the reality, there is no debating the positive sentiment and desire to go all in on iPad by a large number of consumers.

Even in tech circles, the desire is high to jump to what is considered a better way forward. In countless conversations, I’ve had with techies, and even tech-leaning early adopters in our research panel and on Twitter, I continually hear how they would love to switch to iPad if they could. When I press deeper on the reasons why they feel they still need a PC/Mac it often comes down to a mouse/trackpad.

More specifically, they explain how many of their primary workflows still require a mouse/trackpad and the precision of a mouse pointer and the many legacy apps which make efficient use of this legacy solution. After spending some time using the new iPad Pro and Apple Pencil, it left me thinking the future of precision input tools for iOS may be the Apple Pencil not a mouse/trackpad.

The Pen(cil) is Mightier Than the Mouse
After Apple announced the new iPad Pros, along with an updated Apple Pencil, I began to look at Apple’s website for iPad and looked specifically at the areas where they highlighted some of the new gesture features of Apple Pencil and software experiences that support this feature. It was then I began to wonder if Apple Pencil is Apple’s mouse, or more specifically, their precision input tool for iPad.

With this thinking, I’d like to draw a potential parallel. When the iPhone first came out, there was a heavy dose of skepticism about Apple’s all screen phone with a soft-keyboard. Every single smartphone at the time had a smaller screen but a physical keyboard. Apple’s rationale for the soft keyboard was straightforward. They could simply do more from an input standpoint with a software-based keyboard than with a physical keyboard which functions are fixed in the hardware. Things like multiple language support, emoji, and a range of other software based features took smartphones text input to an entirely new level and and there is no going back.

I’m curious if Apple thinks about Apple Pencil in a similar way. Where the software based keyboard for iPhone opened up entirely new forms of input and new, more efficient type based workflow, I think Apple Pencil has the potential to do the same thing from a precision pointing/input tool.

Apple’s new gestures clearly support this theory. Apple may be easing people into this new functionality but the idea of a multi-touch function on the Apple Pencil seems like a logical path forward. At the moment, you can customize the double tap gestures on Apple Pencil to switch between the two tools you use the most. However, ProCreate implemented a clever example that brings up a more sophisticated menu designed to use the Pencil gestures to enable a more seamless workflow. Here is a picture of what a double tap with Pencil brings up when you enable. 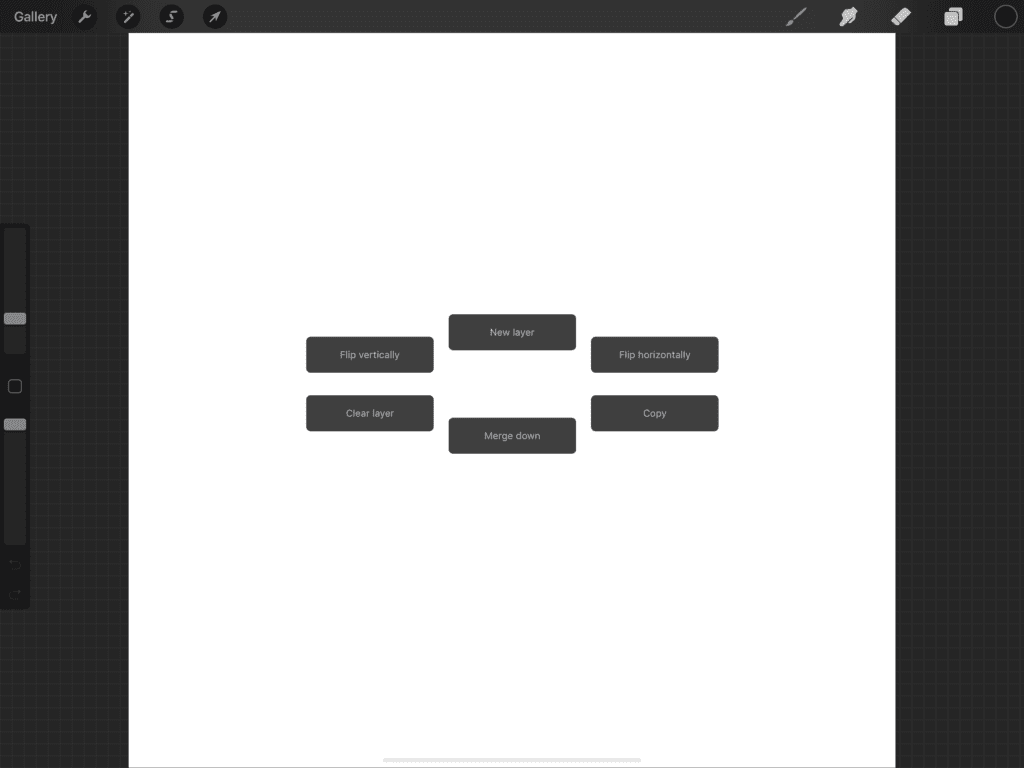 While in it’s early stages, I contrast this with Microsoft’s Windows Pen/Ink support. With Windows a mouse is still available to use as a precision pointer, meaning most people will still choose this method by default. The presence of a mouse/trackpad enables the user to stay in their comofort level rather than embrace a new paradigm. The implication is the pen is likely only used for pen use cases and not in a position to become the new mouse. The lack of a traditional mouse pointer/trackpad is precisely the reason Apple has the potential to innovate and encourage software to be built around new precision input paradigms instead of old ones.

It will be very interesting to see how Apple continues to develop the gestures feature on Pencil and what developers do with it. I’d love to see Microsoft run with this idea and explore new Office experiences focusing on the pen as a new type of precision input that can go beyond just ink/drawing.

From a use case standpoint, when you need a precision input tool, there is not that much different in motion than taking your hand off the keyboard and using a trackpad then picking up the pencil. And, I’d argue that what can be enabled by pencil, gestures, and software, will take precision input to a level not possible with a trackpad/mouse.

A few Points about the New Keyboard
I’ve been very clear in my affection for the keyboard design of the Microsoft Surface. As a touch typist, and someone who types north of 7,000 words a week, the feel of the keys when typing is important to me. While not yet perfect, Apple’s new folio keyboard is a huge step up for someone who does a lot of typing like me. I also prefer the additional rigidity of the keyboard cover which closes like and feels like a hardcover book when closed and sits firmly on your lap or table with a strong sense of stability.

Another welcomed improvement and something I have been asking for with the iPad keyboard experience was a way to alter the screen angle. With the previous generation iPad Pro case you could only use the screen in 65-75 degree angle. The new iPad Pro Folio case has an additional groove to dock the screen that is closer to a 90 degree angle which is a more common notebook orientation. Having both these options is excellent for both lean back and lean in workflows and experiences.

Lastly, a subtle point about magnets. Apple’s material science and design team does some excellent work with magnets. The Pencil’s magnetic dock and charging experience allows you to carry the pencil without worry of it falling off. Upon first dock you will find it surprisingly strong. Similarly, the magnetized grooves on the keyboard dock are surprisingly strong. This makes all the difference in the world when you are touching the screen with any degree of force. The firmness and stability of the iPad when using with the new keyboard cover design certainly feels much more notebook-like than ever before.

A Whole Computer and Nothing But
To truly understand the iPad, I firmly believe you have to take the long view. Most consumers are not power users. Most consumers use their smartphones more than their notebooks and most have a somewhat dysfunctional relationship with their notebooks. Most kids are similarly growing up in a world where their smartphone is their primary computer and their comfort level with mobile operating systems is drastically higher than their comfort level with legacy desktop/notebook operating systems. It is within this environment that I feel the iPad will find its sweet-spot.

Apple’s challenge is to make the iPad a somewhat new experience and one that challenges the idea of what you can do with a big-screen computer. While Apple is continuing to make solid improvements in hardware, it will truly be up to their software developers and broader ecosystem to buy into the vision and participate in creating the future. But within that thinking still lies a distinguishing observation about the way a person may perceive the iPad vs a notebook while they are shopping.

When you buy a Mac or a PC, you get the whole computer experience out of the box. You get the screen, keyboard, and mouse/trackpad. That is still not true of iPad. If Pencil can live up to its potential as the precision input tool of the future, then it is likely Apple would need to include this in the box at some point. Similarly, the Keyboard may need to be included. My concern is that the market may perceive the emission of these critical accessories as an admission by that it is not yet a full computer. They may look at the total price and justify getting a PC or Mac because it comes with all the inputs they need in the box for one set price. The iPad is really not a full computer, the way Apple wants to position it, without the Keyboard and potentially without the Pencil. Someday, if Apple hopes the market to perceive iPad as a whole computer it may be necessary to include all the critical components in the box.

After using the new iPad Pro, I’m more convinced than ever that Apple is heavily invested in continuing to advance iPad as the future. It has taken baby steps to get here, and will still take baby steps forward as it gets closer to reaching its full potential from a hardware, software, and accessory standpoint. But what is most interesting to me in this thinking, is how when I think about the traditional PC/Mac form factors it seems as though those devices have essentially reached their peak where iPad still has a lot of opportunities to grow and many future innovations in store.