This week Verizon became the first company to deploy a 5G service for consumers. Rolling out in Houston, Indianapolis, Los Angeles, and Sacramento, it is called Verizon 5G Home and promised to bring speeds “up to 1 Gbps” for internet access over cellular wireless technology. Service should “run reliably” at around 300 Mbps, peaking at that 940 Mbps level during times of low utilization and based on your homes’ proximity to the first 5G-enabled towers.

The problem is that Verizon 5G Home is not really a 5G technology. Instead, Verizon admits that this configuration is a custom version of the next-generation network that was built to test its rollout of 5G in the future. 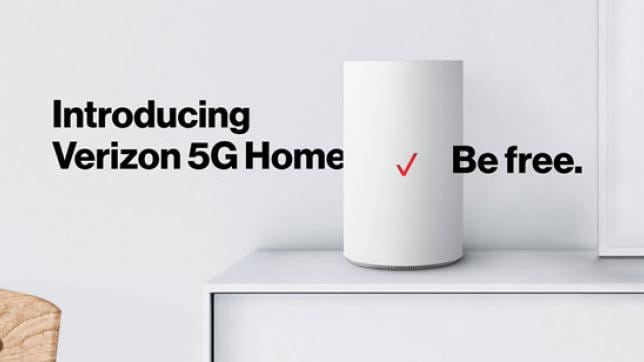 It is called “5G TF” which includes customizations and differences from the 3GPP standard known as 5G NR (new radio). As with most wireless (or technology in general) standards, 5G NR is the result of years of debate, discussion, and compromise between technology companies and service providers. But it is the standardization that allows consumers to be confident in device interoperability and long-term success of the initiative.

5G TF does operate in the millimeter wave part of the spectrum, 28 GHz to be exact. But 5G isn’t limited to mmWave implementations. And the Verizon implementation only includes the capability for 2×2 MIMO, less than the 4×4 support in 5G NR that will bring bandwidth and capacity increases to a massive number of devices on true 5G networks.

Upcoming 5G-enabled phones and laptops that integrate a 5G NR modem will not operate with the concoction Verizon has put together.

Verizon even admitted that all of the 5G TF hardware that the company is rolling out for infrastructure and end user devices will need to be replaced at some point in the future. It is incompatible with the true 5G NR standard and is not software upgradable either. From an investment standpoint you can’t help but wonder how much benefit Verizon could gain from this initiative; clearly this will be a financial loss for them.

But what does Verizon gain?

The truth is that Verizon is spouting these claims for the world’s first 5G network as way to attach itself to a leadership position in the wireless space. Marketing and advertising are eager to showcase how Verizon is besting the likes of AT&T, T-Mobile, and Sprint with a 5G cellular rollout in the US, but it’s just not accurate.

Take for example the AT&T “5G Evolution” that was actually a 4G LTE service with speeds up to 1.0 Gigabit. An amazing feat and a feature worth promoting, but the carrier decided instead to message that it was part of the 5G transition.

Both of these claims do a disservice to the true capability and benefits of 5G technology while attempting to deceive the us into believing each is the leader in the wireless space. As a result, consumers end up confused and aggravated, removing yet another layer of trust between the customer and service providers. For other companies that are taking care with the 5G story, whether it be competing ISPs or technology providers like Qualcomm, they suffer the same fate through no fault of their own.

These antics should come as little surprise to anyone that followed along with the move from 3G to 4G and to LTE. Most insiders in the industry hoped that we had collectively learned a lesson in that turmoil and that 3GPP might be able to help control these problematic messaging tactics. Instead we appear to be repeating history and it will be up to the media and an educated group of consumers to tell the correct story.