Leading into Apple’s developer conference (WWDC) I was as curious about the way Apple would run the event as I was to hear what news the California company had in software. A lot of the attention since the keynote on Monday has been on Apple Silicon. Still, there were many interesting announcements made that said a lot about the state of Apple’s ecosystem and offered some hints into Apple’s strategy with some of its products.

Let me start with the keynote, a product in itself, and then move on to a few announcements I found particularly interesting.

There were many speculations as to how Apple would approach the event. We had a little bit of an idea from the iPad Pro launch from back in April, but many questioned whether Apple would be doing the keynote from the stage of the Steve Jobs Theater as it might all feel awkward without an audience. Apple masterfully used the empty theater to make a point that this time is unprecedented and almost embraced those empty seats making them the backdrop for Tim Cook’s initial remarks. Cook’s remarks started not with COVID-19, like many events I have attended over the past few weeks, but with addressing racism in America.

“To start, I want to address the topic of racism inequality and injustice and to recognize the pain being felt throughout our nation, especially in our Black and Brown communities after the senseless killing of George Floyd. And while the events of this past month are sadly not new. They have caused us to face long-standing institutional inequalities and social and justices. This country was founded on the principles of freedom and equality for all for too many people and for too long, we haven’t lived up to those ideals. We’re inspired and moved by the passionate people around our nation and around the world who have stood up to demand change.”

The almost two-hour-long keynote was all pre-recorded, with a good variety of speakers orchestrated by Apple’s SVP of Software Engineering Craig Federighi. The fast pace of the announcements, the change in locations, and the lack of corny awkward moments made the whole keynote quite pleasant. The attention to detail that Apple put into its keynote was evident in many ways: the diversity of the speakers, the shots of the Apple Spaceship highlighting the rainbow stage designed by Jony Ive, the number of times Mythic Quest, the Apple TV+ series about a game developer company, popped up in the demos.

Cook did address COVID-19 by way of thanking healthcare workers and talking about the impact that the virus has had on the products they design. We saw a mask Memoji and a handwashing app for Apple Watch. Most importantly, though, was the message that ran at the end of the keynote highlighting the health and safety precautions taken by Apple to film the event. At a time when the US sees the number of cases increase throughout many states, a statement of how serious the virus should be taken is very important and a more persuasive statement than words alone could convey. 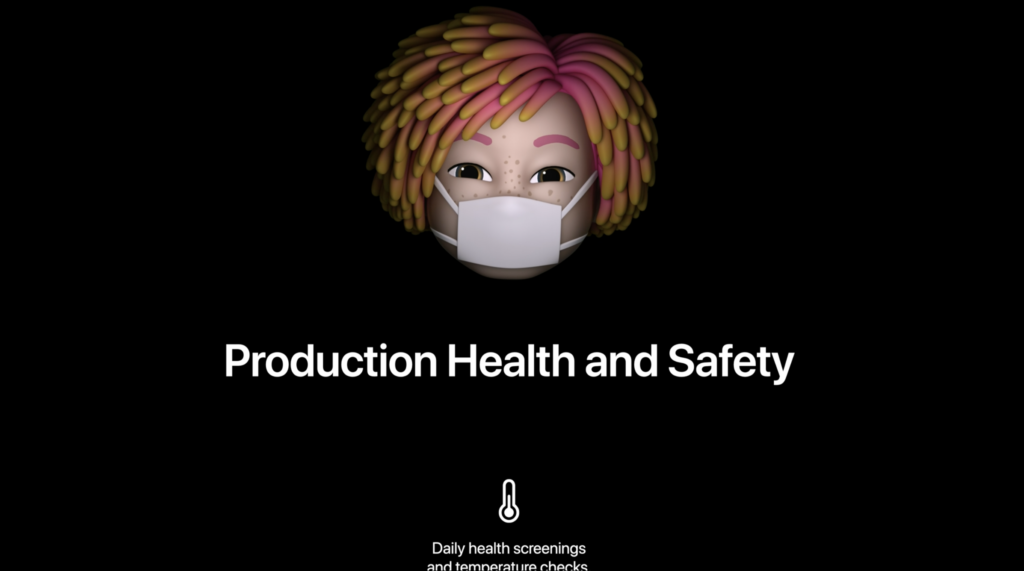 Cook closed the keynote bringing it back to diversity and calling on how Apple has been thriving thanks to the very diverse developers’ ecosystem that comes together this week for WWDC. The theme of the keynote was carried forward into the developer sessions I watched on Tuesday both in terms of style and diversity of speakers. The production of the whole event felt like an Apple Original TV series.

Apple did not make a big announcement about the ability in iOS14 and iPadOS to change the default email and browser apps, but it was listed on a slide below as well as brought up in the Platform State of the Union. This means that you will be able to change your default browser and email to be used from any app the same way as you already do on the Mac or other platforms.

It is hard not to think that the timing of this change might help Apple alleviate some of the scrutiny it is getting from Europe on its perceived anti-competitive practices within the developer ecosystem. I am not sure if this is a carrot of sorts, but it certainly feels like Apple has nothing to lose by providing more flexibility on these two apps. Apple does not benefit from forcing mail on people, especially as it is not as differentiated as what competitors are offering. As far as the browser goes, I believe Apple is counting on most of its users appreciating the many improvements it brought to Safari as well as its continued improvement on privacy. It will be interesting to see if Maps will be next on the list, although I would argue that Maps is much more central to a wider set of experiences than email and browsing are. 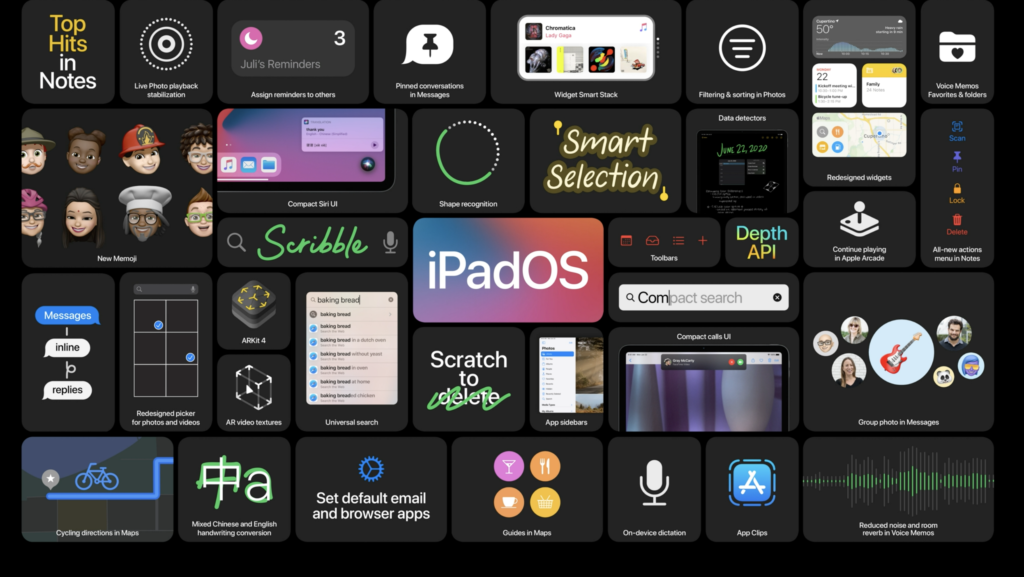 iMessage is one of Apple’s most popular services; we all know about life as a blue and green bubble. What has transpired over the past few months, however, as more people have been working remotely, is how much iMessage has become a full-fledged collaboration app. In a recent study, we, at Creative Strategies, conducted in the US 31% of respondents named iMessage as the collaboration app they chose to use every day. This number grows to 50% among Mac users. It is no surprise then that Apple announced a series of new features that make iMessage feel much more like Slack than text messaging. Apple added the ability to pin conversations with people we care about the most, added more visuals to groups including the ability to assign a picture to a group and added Mentions as a way to navigate conversations to better surface those exchanges that include you.

It had been so long since Siri had her moment on stage that I think people were quite surprised. Apple addressed one of the biggest complaints users have had about Siri UI, which is the fact that when you invoke her, the whole screen is taken over. Now Siri’s logo floats on the screen more discretely. We also heard that Siri is going to be able to reply to more complex questions as well as send audio messages and translate more languages. Apple also added a new app called Translate, which helps users have conversations in different languages, all done through on-device ML playing catch up with Google on this feature. 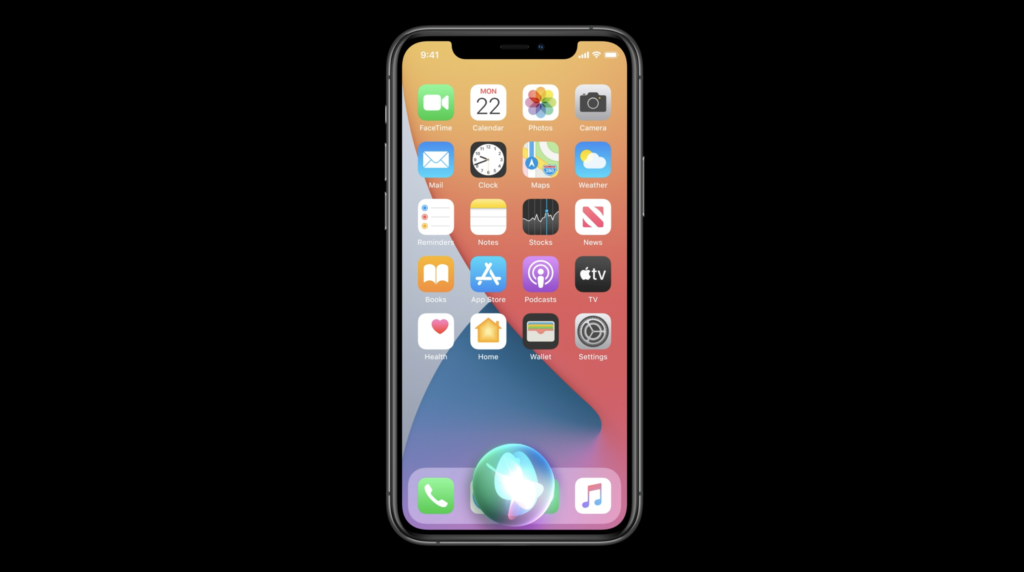 These enhancements did not feel like the significant change that many have been expecting since John Gianandrea became the SVP or ML and AI strategy, but they are welcomed improvements. As Apple moves more and more to a single architecture across its platform; however, I feel the inconsistencies of Siri will be even more evident to users.

I mention this mostly because I have been hoping for the past two years to see something new in connection with sleep. There is a ton of research that points to the impact that sleep has on stress, overall wellbeing and weight management that made it impossible for Apple not to address this aspect of health. Considering that Apple did not mention anything different in watchOS7 that allows for more accurate tracking, I assume Apple worked on delivering an overall experience that starts with preparing for bedtime routine on the iPhone, then using Apple watch to track sleep and wake up to the information needed to start the day including battery status. The other part that Apple might have been working on is the ML models that Apple Watch will use to sense the user’s motion and detect the movements caused by breathing, providing signals of when you are asleep or awake. Adding information on battery notifications and charge time shows Apple’s awareness that for some people using Apple Watch as a sleep tracking device might require a change in routine. It is important that, as users adjust, they do not have a negative experience with Apple Watch running out of battery in the middle of the day. Interestingly, Apple also pointed out that sleep schedule, winddown and sleep mode are also available on iPhone with iOS14 even for users who do not have an Apple Watch.

There was so much more announced during the keynote to cover everything in one article, but what was common throughout the announcements was a purposeful effort to deliver an even more seamless experience to multi-device users. Whether this was highlighted by the iPhone, iPad and Mac UI blending more and more, or by AirPods connecting naturally from device to device based on where you are playing music or picking up a call, it felt like Apple wants to deliver a familiar experience across all devices. Differentiation will be added only when it matters. For developers, that cohesive ecosystem represents an even more homogeneous addressable market. Overall, I feel Apple is also focusing on making it easier for iPhone users – its largest user base  – to add other devices by lowering their learning curve and this might mean that power users, especially Mac power users, feel that their experience is being gentrified. The upside of having a much wider set of apps should, however, make up for it.